Xeomin® (incobotulinumtoxinA), made by Merz Pharmaceuticals, is approved by the US FDA for the treatment of adults blepharospasm. IncobotulinumtoxinA is made from the bacteria that causes botulism. Botulinum toxin blocks nerve activity in the muscles, causing a temporary reduction in muscle activity.

Xeomin® contains a form of botulinum toxin known as incobotulinumtoxinA, which varies slightly from the chemical composition of BOTOX® Cosmetic and Dysport. When injected into the underlying muscle, Xeomin® blocks the release of a wrinkle-causing chemical called acetylcholine. While Xeomin® doesn’t prevent all facial muscles from contracting, it does decrease the force with which the targeted muscles contract when you scowl, sneeze or otherwise contort your face.

Explore Topics on this Page

What is Xeomin® good for

Xeomin® is said to be a powerful treatment for glabellar lines, known as the vertical wrinkles or “11’s” between the eyebrows. Xeomin® injections effectively reduce the appearance of “dynamic” wrinkles—those that become evident when you frown, squint and laugh. 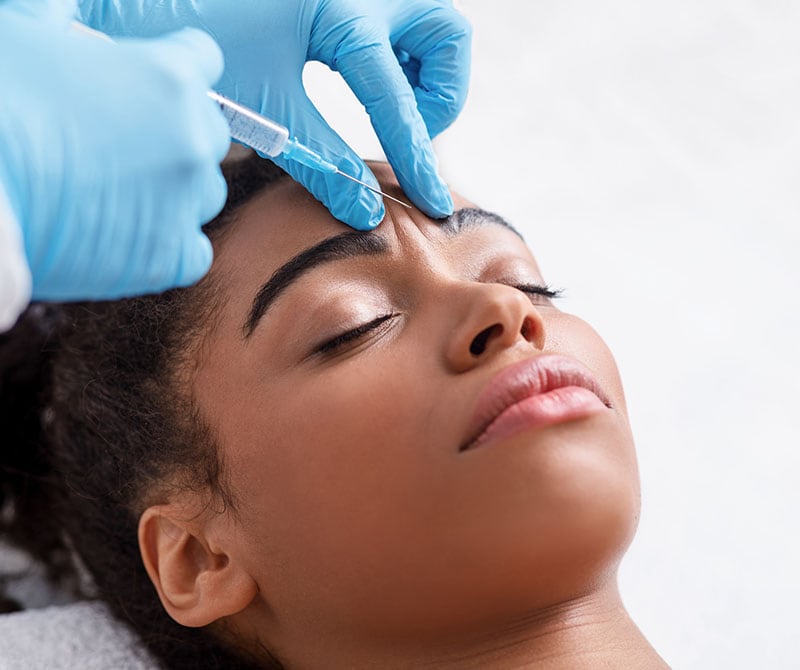 Who does Xeomin® work for?

If you’re worried about your frown lines, then stop! Scowling can actually exacerbate these wrinkles. If you’re looking for a way to temporarily eliminate these lines, then Xeomin® might just be it. The injectable wrinkle reducer can keep these creases at bay for up to four months.

What is the recommended age range for Xeomin?

Xeomin® is recommended in patients over the age of 18 and under 65.

When will I see results from Xeomin?

Initial studies have found that it takes approximately seven days to notice improvement after treatment with Xeomin®. As with any injection, your muscles may become swollen or bruised afterward depending on your individual reaction.

How long does Xeomin® last?

Xeomin® injections last an average of 12 weeks, according to clinical studies, though the product is still in trial stages in the US. Patients should wait at least 12 weeks before re-injecting an area with Xeomin®.

What are the key benefits of Xeomin®?

Because of its chemical construction, Xeomin® is said to be more “pure” than BOTOX® Cosmetic and Dysport®, meaning that allergic reaction is less likely. In addition, Xeomin® does not have to refrigerated, and it has a longer shelf-life than its predecessors.